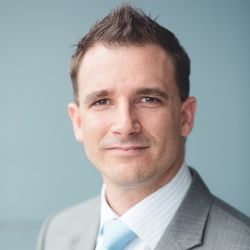 Mike Tristram is the CEO of precise and Trisco foods. He joined the family company after a hair singeing experience made him reevaluate the lucrative career of professional fire twirling.

Mike holds an MBA from Qut which taught him that he should have gone to more lectures in his undergraduate degree instead of going to the pub.

As a fifth generation syrup maker Mike is passionate about Family Business, Innovation & Lean manufacturing. Mike has a keen interest in the intersections that occur between human intrinsic motivation, personality and intelligence as they relate to role success.

Mike currently sits on the AIGroup QLD branch council, advocating for the manufacturing industry, and hopes that he doesn’t get lonely later on when all his manufacturing friends leave Australia.

Mike lives in the leafy western suburbs of Brisbane with his beautiful wife, two children and a mad Ridgeback dog.

Your browser is out-of-date!

Update your browser to view this website correctly. Update my browser now