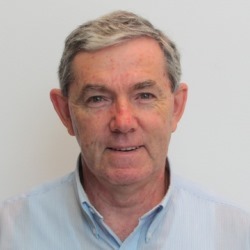 Raymond White joined in Nestlé in 1975 and is still happily employed there today. Across his 41 years of service, he has gained a wealth of knowledge in food safety through varied roles at one of the world’s largest food and beverage companies.

For the first 16 years, Raymond became well-versed in the manufacturing side of the business, becoming an expert in liquid and powdered milk. He then moved into the Quality Assurance Department in Microbiology Laboratory and then quickly into a Factory Chemist position for a further five years. In 1998, he joined the Nestlé Quality Assurance Centre (NQAC) where he works at present date.

Raymond holds an Associate Diploma in Applied Science and Food Technology, resides in Melbourne and is married with four children and seven grandchildren.

Your browser is out-of-date!

Update your browser to view this website correctly. Update my browser now